So I said that I hoped to blog a little more often and look! it's only been nine days!

I've been doing some work on Caleb's quilt, in fact I've nearly got a finished quilt top! (we'll ignore the fact that this quilt was supposed to be by August ALYoF goal shall we) 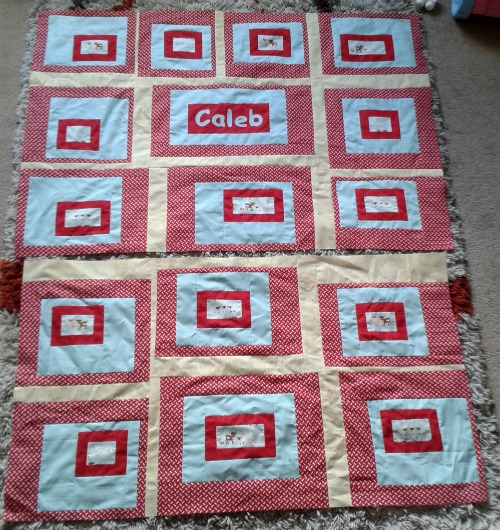 I didn't want all of the blocks to be uniform - I wanted to add a little wonkyness to it. Boy do I regret that decision, it involved a LOT of maths and I thought that I was doing quite well until I came to do the last seam before adding the outside sashing. As you can see in the picture above, the bottom half was a little bit smaller than the top half!

I'd originally wanted the outside sashing (or border) to be the same width all the way round but I'd have to make it wonky to make up for the above mistake. 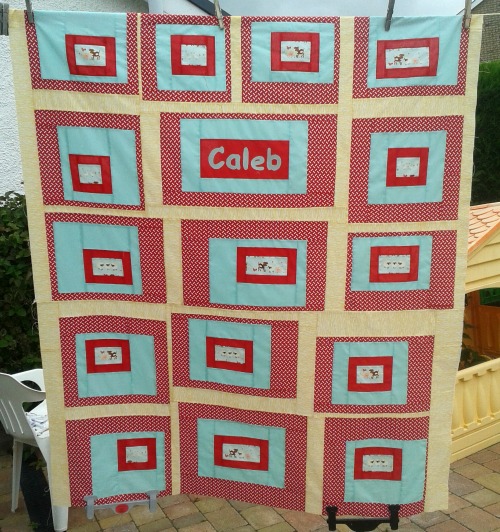 The eagle eyed among you may have noticed that there's something missing. 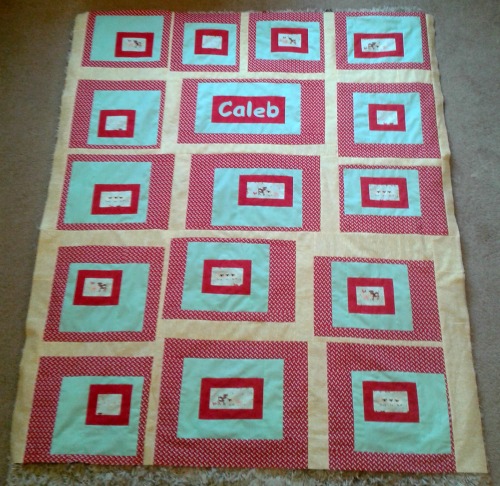 Yep, there's no top or bottom border! I bought the yellow sashing fabric from Pin It and Stitch at the Festival of Quilts and I ummed and aghed over whether I should buy 0.75 metres or a whole one. Well the tight side of me won and I only bought 0.75m. Lesson learnt. I'm a whole 6" x WOF short. So I've ordered an extra half meter from their eBay shop and I'll add what's spare to my stash. Whilst I'm waiting I think I'll try and turn some of the scraps into a pieced strip for the back.

I must apologize for the awful pictures - I'm trying my best to take pictures in natural light but the Welsh weather doesn't always play ball. 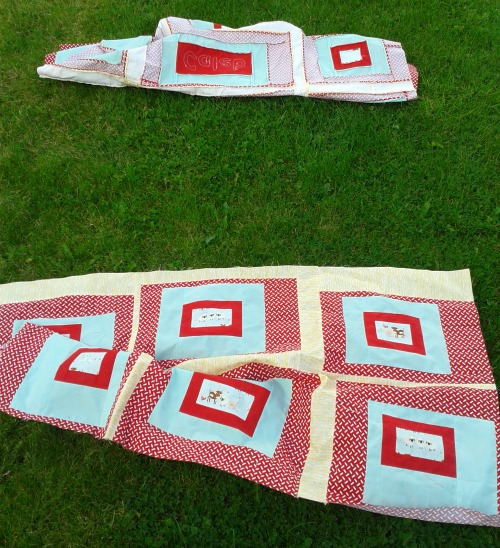 When the light's good it's usually quite breezy!

Linking up with Lee at Freshly Pieced for WIP Wednesday